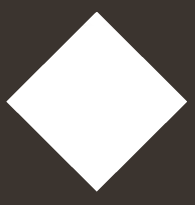 Celebrate the New Year under the starry sky of Morocco

New Year in the Sahara Desert

Tours From Marrakech To Desert

Marrakech I love you

Each program can be modified according to your needs and deadlines.


Half-board. Departure for Rabat, the Moroccan capital has 4 principal areas: Oudaia Kasbah, the Medina, the modern and elegant Mohamed V, Tour Hassan with its mausoleum. Promenade in the city and free lunch. Departure in direction of Meknes, small Imperial city that welcomes us with its elegant Bab Mansour, the most important and notable door. There are three separate districts: the Medina, the Imperial City and the Kasbah, and the New City. The small but very dynamic Meknes is well known for its economic center famous for the olives, the wine and the mint tea. Dinner and overnight in a riad in the heart of Meknes’ medina.


Half board. Meknes is just an hour away from Fez, but along the run we’ll visit the archaeological site of Volubilis, ancient Roman capital, and small archaeological center famous for its intact mosaics. The site was occupied and began to flourish from the III century A.C. Dinner and overnight stay in a Riad in the heart of the Medina of Fez.


Half board. Day devoted to the discovery of the city and its labyrinthine medina. If you observe Fez from the top of the hill where the Merinidis graves can be found, its urban map appears compact and united. The El Bali Medina, surrounded by the defensive walls, is a sea of roofs from which minarets and domes emerge. The Wadi Fez separates the two historical parts of the city: the Andalusian east district and the Karaouiyine west district. Another landmark is the Royal Building and the ancient Jewish district. Dinner and overnight stay in riad in the heart of the Medina.


Early departure for the long but rich in landscapes transfer. Direction of the Middle Atlas, mountainous cordillera of the Country characterized by lakes, which fill the extinct volcanos craters surrounded by forests. Here plateaus and valleys are covered with cedars, oaks and maritime pines. Ifrane and Azrou are the most typical centers. The first is famous for its "European" air, because of its houses’ roofs and the well-known university inaugurated by the precedent King Hassan II. The latter is best-known for its thermal centers, realized during the French Protectorate. Continuation for the south and the Tafilalt region with its palm groves, once watered by "khettara"s, underground canals, whose structures can still be seen today. The oasis was once caravans’ destination, which arrived here after their long period in the desert and it’s now famous for its 800,000 date palms. Dinner and overnight in a Kasbah.


Half-board. Departure for an unusual route to Marha to see three gigantic architectural sculptures built in the desert by the German architect Voth in the 1987. The site was built together with local artisans using ancestral techniques: stone and walls of mud with a height of 16 meters. The rectangular towers of mud represent the seven principal stars of Orion. A staircase climbs up to the top of the tallest towers. One of them has an accessible well inside. Departure in direction of Merzuoga to spend the night in the desert of the erg Chebbi, so called the sand desert of this area. Dinner and overnight in a typical desert camp with typical Khaima and equipment. Possibility of staying in a desert camp superior or luxury.


Half-board. Desert experience among the Saharan rosy sands in direction of the Dayet Srji lake, a little pond; sometimes, when there’s water inside, it becomes the destination of hundreds of pink flamingos, storks and other migratory birds. Dinner and overnight stay in a Kasbah in Merzuoga.


Half-board. Excursion in the desert to reenter in direction the Todgha gorges and the village of Tinghir. Built on a spur of rock, it has a lengthened form. Many silver mines make the village a rich and well-known place for jewels. 2km away from the wadi, the Todgha gorges open and offer an uproarious panorama. The palm grove of the Todgha is 12km long. Dinner and overnight in a traditional habitation.


Half-board. Departure for the route of the thousand Kasbahs and the valley of the River Dades. The valley is rich of history and natural landscapes. Starting from the Skoura palm grove, Berber village, the 1000 Kasbahs famous street disseminates them up to the mountains. Here the caravans loaded of gold and spices unloaded, exhausted by the Sahara. The nomad unloaded the commodities from the dromedaries and the mountain inhabitants of Skoura loaded the mules directed to the Atlas and Fes. The famous palm groves are protected from the Unesco. The trip coasts along the river Dades up to the valley of the Damask roses, where in May essences, perfumes, water of roses and oil are produced. Dinner and overnight in riad to Ouarzazate.


Morning visit of Ouarzazate and its national monument: Pacha Glaoui’s Kasbah. Many families still live in a part of it. The trip continues toward Ait Ben Haddou (with a deviation of 20km from the principal road), Unesco world heritage site; here a lot of international movies where shot, for example “the Gladiator”. Pursuance for the "salt" track, to visit a Kasbah externally a bit abandoned, but which contains Italian marbles and natural intact frescos. The Pasha served first the sultan and then the French colonizers in 1912. All his treasures were ransacked from 1952, when the descendants were exiled. The whole area is rich of agriculture and of unforgettable landscapes: palms, fig trees, olive trees, and almond trees all irrigated by the Wadi Ounila create a relaxing and unforgettable landscape. Arrival in Marrakech crossing the Tizi’n’Tichka, 2260m high. Late afternoon arrival in Marrakech. Free dinner and overnight in a riad in the hearth of the Medina.


Breakfast. Half day visit on foot of the city of Marrakech. The Médina, the Bahia Palais, which means “of the beautiful'' nickname given to the favorite lady of the court, rich habitation of the visir Ba Ahmed, built around the 1880. You’ll also see the Dar Si-Said, residence of the visir’s brother, the Mosque El-Mansour, also called the Kasbah mosque, easily recognizable thanks to its minaret with turquois arabesques; then the Saadiane graves, whose garden belonged to the El-Mansour mosque, where the sepulchers of the sovereigns and relatives of this dynasty  can be found. Promenade in Jameel el Fna plaza, Unesco world heritage site, and near the Koutoubia, symbol of the city. Free time and free dinner; overnight stay in riad.


Breakfast. Transfer to the airport. End of services.

TOUR STANDARD STYLE
Maroc-Experience selection on traditional structures and simple furnishings and services, respecting the right level of cleanliness and good and typical traditional cuisine (Guest House - Maison Traditionelle). Some of these structures have no heating in winter - Require specifically this feature during travel confirmation (in winter)

TOUR SUPERIOR STYLE
Maroc-Experience selection of charming structures. The superior label is not due to the stars category, but the authenticity of the places, often far away from mass tourism, particularly in a context of nature and relax. The structures can be riad / Kasbah / Desert Camp / Hotel / Maison Traditionelle; never standardized hotel chains, which support tourism that comes close to the customs of the country, or they may be structures Eco-Lodge, or the Maison Traditionelle to get in close contact with the families of the place and visited the various villages.
Their position is often "isolated" and particularly fascinating (for fans of the genre).

DESERT LUXURY CAMP
Within our circuits and "experience" give you the opportunity to choose, during a tour in the desert, between desert basic camp (WC / shower in common - with traditional Moroccan tents equipped with beds, blankets and sheets) and luxury desert camp, where the comforts and services in the desert are at high level. Large traditional tents with beds and blankets prestigious, toilet and hot shower inside your tent. Often luxury desert camp are in extraordinary locations where the silence of the desert reigns master.
Some of them do not serve alcohol with meals.

For information and program changes send an email to info@maroc-experience.it - marocexperiencetour@gmail.com or call us at +212 644 16 9314